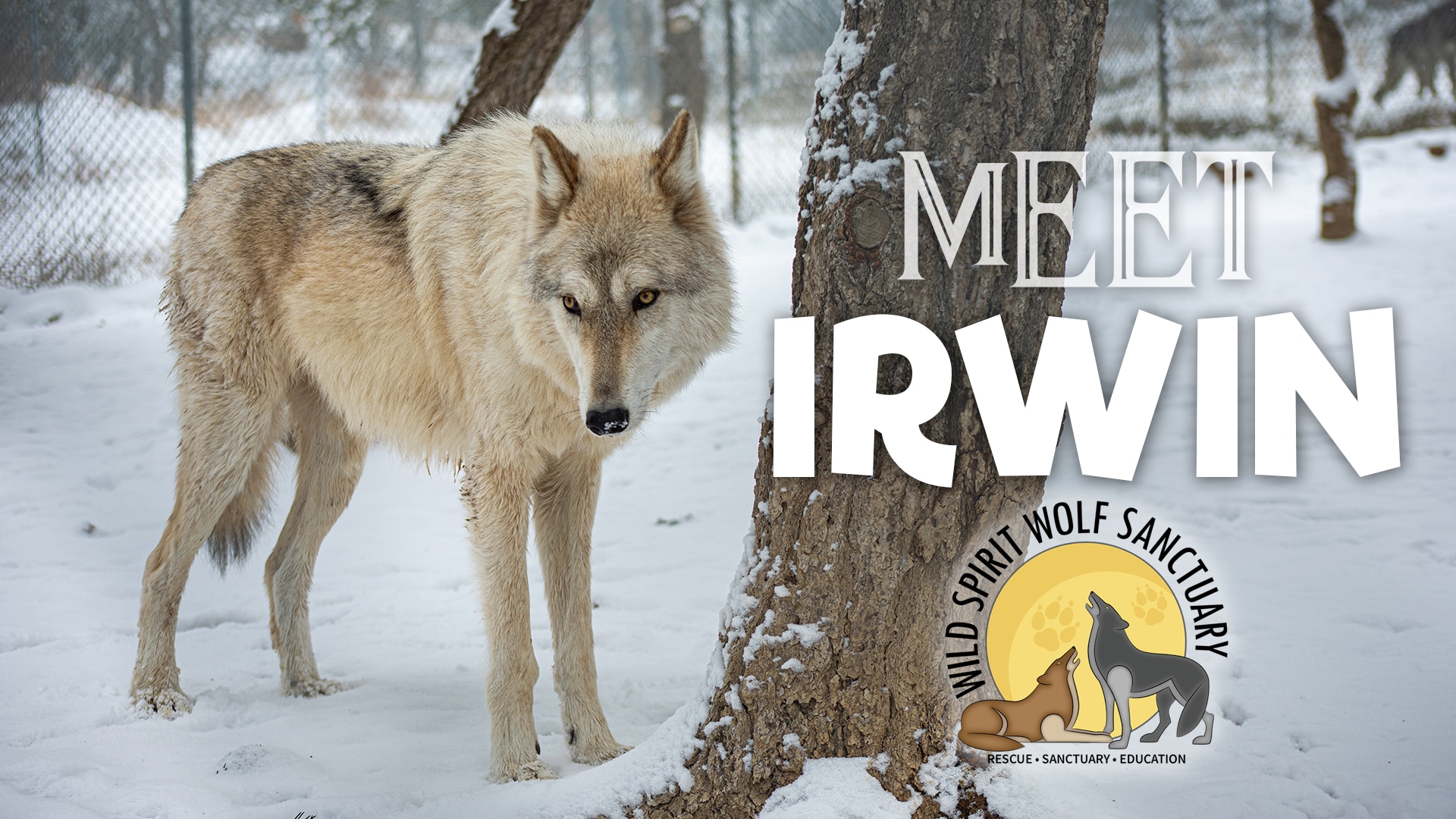 Before life at Wild Spirit Wolf Sanctuary, high-content wolf-dog Irwin was born to a breeder in Ohio before being sold as a pet to a private owner. He remained in his original home for the first several years of his life, growing up alongside the family’s black lab who raised Irwin like one of her own. Unfortunately, a day came in which Irwin demonstrated some undesirable behaviors toward his owner who quickly realized that he was not the pet she hoped he would be. As a result, she began searching for a new home for him. 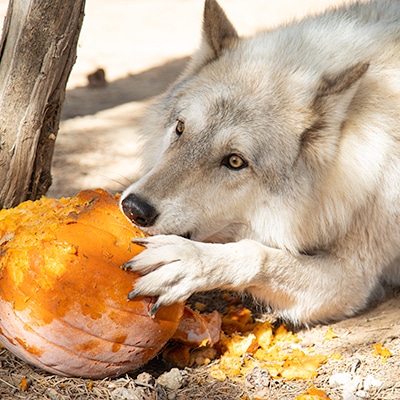 After several sanctuaries turned down requests for his rescue, Irwin was placed with a second owner in a private home in Oklahoma. Unfortunately, after more than a year in his new home, Irwin once again demonstrated some unpredictable behaviors resulting once more in the need for sanctuary placement. Wild Spirit Wolf Sanctuary was initially contacted and asked to take him in, but at that time we did not have any single females that staff believed he might be compatible with. As a result, his request for rescue was declined.

Months later, however, we found a potential opening for handsome Irwin. As fate would have it, our lovely high-content wolf-dog Naia had been removed from her shared habitat with Arctic wolf, Flurry, as the two had become incompatible as Naia grew older. As such, we began to consider a new companion for her and Irwin came to mind immediately. Being much younger than Flurry and with higher energy and (ideally) greater patience with Naia, we hoped that the two might be a great fit!

“Operation Irwin” took place in October of 2020 when Executive Director, Brittany McDonald, and Grant Coordinator, Kendra Kain-Woods, set out on the two day journey to retrieve our new rescue and bring him back home! 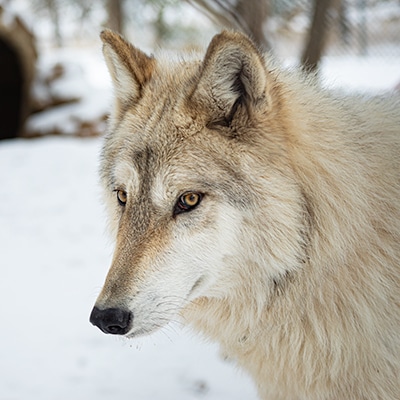 During the drive it was difficult to get a proper feel for Irwin, and though he did eventually warm up enough to allow Brittany and Kendra to pet him through the chain-link, it was still unclear what his response to new people and animals might be. But upon arrival at the sanctuary, Brittany was able to take Irwin’s leash and lead him from the rescue van and into his new enclosure without issue. Since then, he has been attached to her hip during all of his initial meetings with the team. So far, Irwin has demonstrated that he is a sweet boy but is not yet fully confident in his new surroundings. He loves belly rubs and has been known to lie on his back for long periods, languishing in the pampered treatment.

It’s hard to know at this point how Irwin feels about the lovely Naia next door but truth be told, he seems a tad bit intimidated by her confident and playful demeanor. However, we have begun to catch moments of the two playing between their shared fence line, which seems to bode well for a potential future pairing!

← Prev: Spotlight: Quinn and Lyca Next: 2020 Pumpkin Toss Enrichment Recap →
You May Also Like…