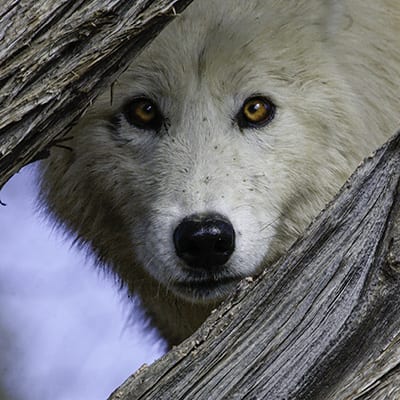 Sugar is a wolf. She is 16 years old and her birthday is May 3rd, 2006.
NOT on the Tour Path
Enrichment eligible 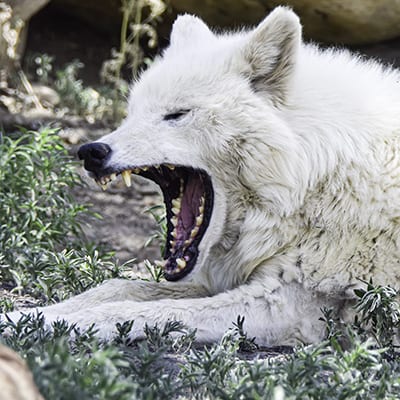 Sugar is a spayed Arctic wolf. She was born on May 3rd of 2006 and arrived at Wild Spirit Wolf Sanctuary 19 days later. 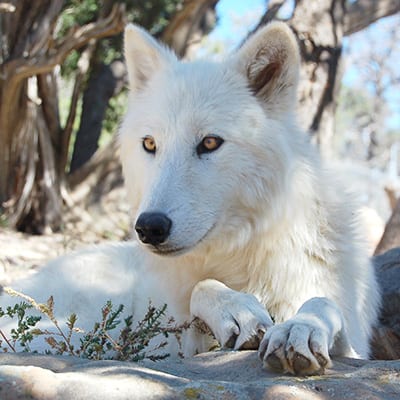 Although Sugar was hand-raised by our staff and volunteers, she never became fully comfortable with human contact and still retains her wild spirit! She has made a few human friends over the years, but is typically quite shy around new people.

Sugar currently lives with her brother, Powder. The two had shared their enclosure with a few other rescues over the years including their sibling, Sabine, high-content wolfdog, Dakota, and briefly, Nimoy. Sugar seems to prefer the company of her brother Powder the most and the two get along great.

Sugar is slightly cross-eyed, but we still think she is one of our most beautiful and photogenic rescues. 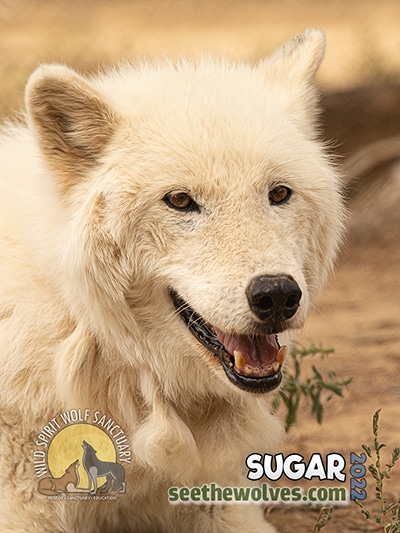 Sugar has only 7 sponsors!

Sugar loves to pretend that she’s her brother, Powder, in the hope that new volunteers might mistakenly give her his medball! Unfortunately for her, her crossed eyes give it away and she never gets the treat! She also likes fence-fighting with her neighbors. 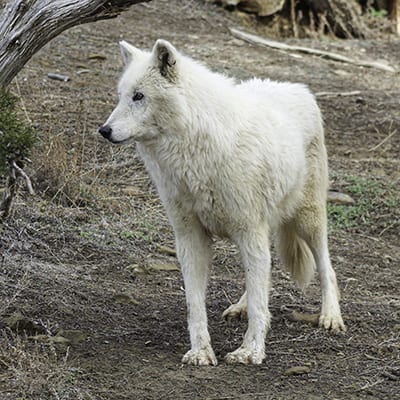 The story of Sugar and her family (The Arctics) and why they live at Wild Spirit is a long one, but we feel it is important to share it. On May 3rd, 2006, Alice and her siblings were born to captive-bred parents, Yukon and Sierra, at a breeding facility. The story we heard was that Yukon and Sierra were born to wolves who were taken from the wild. The breeder who owned Yukon and Sierra had been selling their pups to select private owners or for exhibits like zoos. Very sadly, in order for wolves to be socialized to humans at all, they must be taken from their parents before they open their eyes. Even then, they may remain too wild-spirited to be comfortable around people and will never behave like a domestic dog. For eight years, Yukon and Sierra had each of their newborn litters taken and sold.