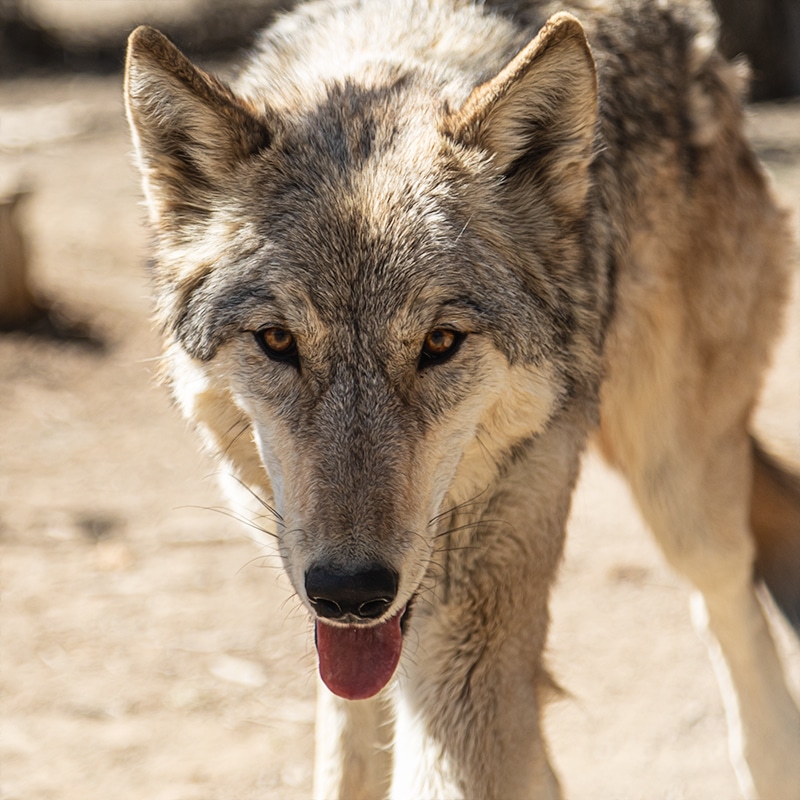 She is NOT on the Tour Path.
In January of 2022, Wild Spirit Wolf Sanctuary received a message about a 9-month-old high-content wolfdog named Sierra, who was living as a privately owned pet in New Jersey and was in need of immediate placement.

Upon reaching out to Sierra’s owner we learned that she was incredibly loved, but was simply too much for her owner to handle. As a result, she felt that it was within her pet’s best interest to be re-homed to a facility that could provide for her specialized needs.

Interestingly, around the same time that we received the request to take in Sierra, we got a call about another young high-content needing our help — a male that we thought could be the perfect match for Sierra! So we said yes to both wolfdogs, and quickly made arrangements for the trip to New Jersey!

Of course, a rescue would be too easy without a few bumps in the road, and Sierra’s was no exception. During the trip to retrieve her and bring her home, our driver experienced a massive cross-country snow storm that shut down the interstate over night, delaying their return by a whole day. Thankfully, once the storm had passed, they made it back to New Mexico safely.

After arriving in her new home, Sierra received a new name, Octavia, as Wild Spirit has already had at least one “Sierra” in the past. Fortunately, because she’s still so young, she has adjusted to her new name very quickly (and her many new nicknames as well). And if we’re being honest, she is so sweet and social that she’d likely respond to anything if it means getting lots of love and affection!

Since her arrival, Octavia has been an incredibly social and loving girl — yet another testament to the love she received in her previous home — and has quickly grown to be a favorite among our staff and interns. She has also made fast friends with her neighbors, as well as her new companion, who arrived a little over a week after she did.

Because Octavia is still just a puppy, we know that she still has a lot of personal development she will likely go through, but we’re so excited to see the animal she will grow into, and honored that her family was willing to give us the opportunity to care for her. 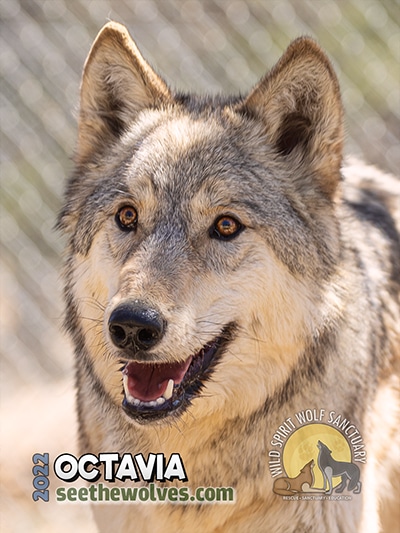 Octavia has only 4 sponsors!