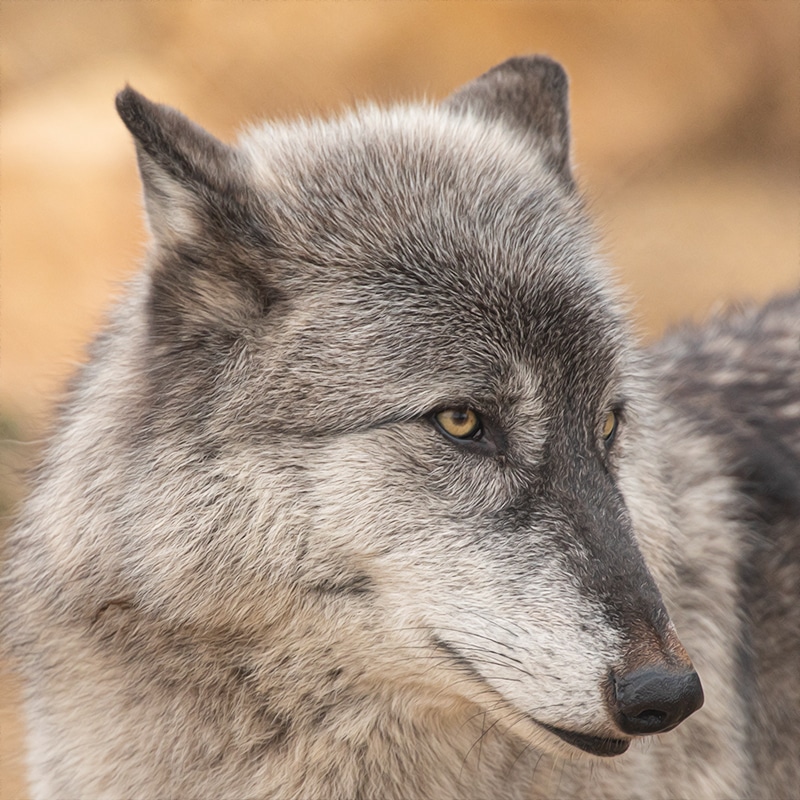 You can see him on the Tour Path!
In November of 2021, Wild Spirit was contacted about a 5-year-old high-content wolfdog named Kovu, who was living at a rescue facility in Oklahoma where he was taken in at just 13-weeks-old.

Since puppyhood, Kovu was incredibly loved and well cared for by his owners, making him exceptionally social and highly trainable! (In fact, he learned a number of behaviors over the years, and with the right motivation, can be asked to sit, lie down, jump up onto a raised surface such as a house or platform, and even takes treats very gently by hand!)

Unfortunately, by the time he reached sexual maturity at around 3-years-old, Kovu’s behaviors began to shift, and while he still yearned for affection through the fence, he became increasingly unpredictable, going from sweet to snappy rather quickly, to the point that his owner no longer felt safe interacting with him inside of his enclosure. At first, they assumed his behaviors may be consistent with hormonal behavioral changes that come with the breeding season; however, as time went on, his aggression persisted, and two years later, he was still demonstrating the same unpredictable behaviors. So as much as his owners loved him, they finally made the decision to contact Wild Spirit about placement, hoping we may have the tools and resources to provide for him, despite his unique temperament.

In addition, because Kovu was so bonded to his companion, Kiara, who he has lived with his whole life, his owner asked if we would take her as well, allowing them to remain together here at the sanctuary. Naturally, we agreed and in December of 2021, we made the trip from New Mexico to Oklahoma to pick them up and bring them home.

Thankfully, the pick up itself went off without a hitch, as Kiara is incredibly social and was able to be walked on leash to our rescue vehicle. And Kovu, having one of his “good days” (meaning he was feeling exceptionally loving and social), allowed us to hand-sedate him through the fence, making it safe and easy for him to be vetted prior to his transport.

Since arriving at Wild Spirit, both animals are settling in well and enjoy interacting with their neighbors through the fence. Kiara has become an instant fan favorite of our staff and interns, and Kovu is warming up slowly but surely! 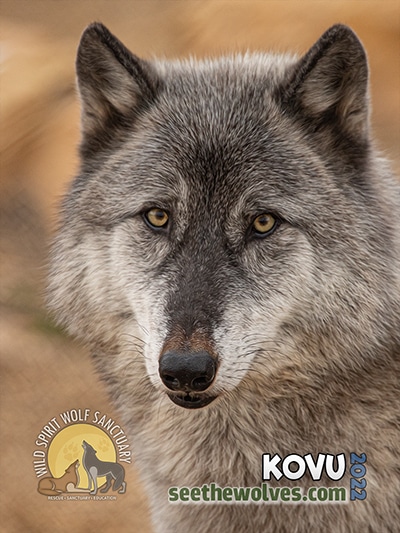 Kovu has only 7 sponsors!