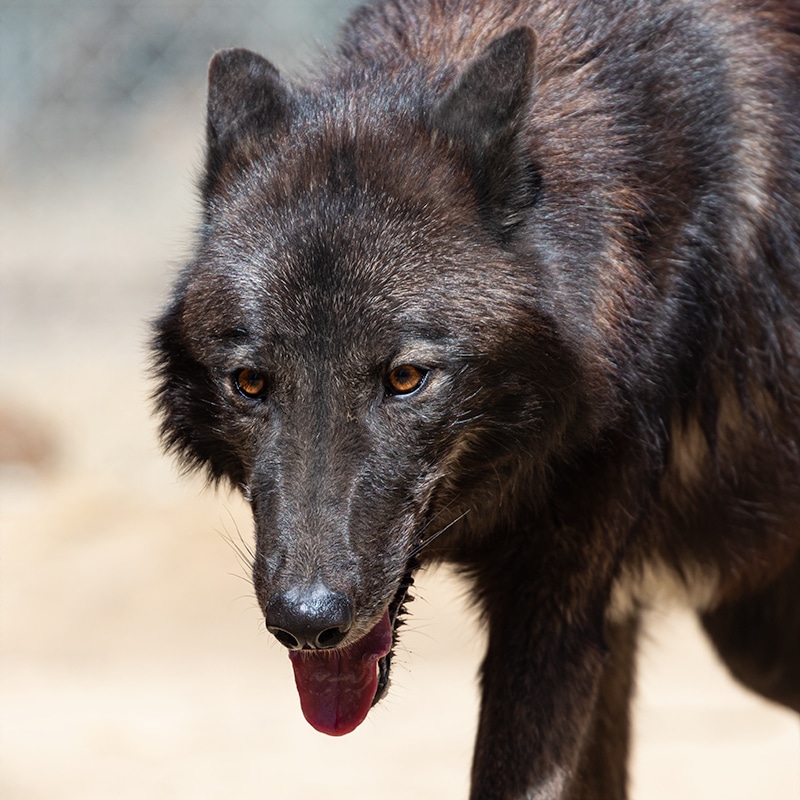 She is NOT on the Tour Path.
In the fall of 2021, Wild Spirit was contacted by a private owner and well-known member of the Wolfdog Community who explained that due to unforeseen circumstances (including an upcoming relocation to a county in which wolfdog ownership is illegal), she may need to re-home her pets in the near future…

At the time, nothing was set in stone, as the owner was working with law enforcement officials within the new county to request an exception; however, she wanted to plan ahead incase her request was denied.

Fast forward to March of 2022, we were contacted by the owner once more and learned that while no official decision had been made, things weren’t looking very promising, especially for her young female, Beans, who had more wolf content than her other wolfdogs, and was therefore the least likely to have an exception made for her.

Sadly, one of the harsh realities about rescue is that available space is always limited, and even when a spot does open up here at the sanctuary, it’s usually not long before it’s filled. Knowing this, Beans’ owner made the incredibly difficult decision to place her with us before receiving an official response from the county, not wanting the opportunity for safe placement to fall through. We agreed to place Beans, knowing we had a single male that could use a companion, and prepared to pick her up and bring her home.

On March 12, 2022, the Wild Spirit team loaded up our rescue van and traveled from New Mexico to Oklahoma, where we would be meeting with Beans’ owner approximately halfway between our locations, saving us several days worth of driving! Sweet Beans was already loaded up in a crate when we met up, making her transition from one vehicle to another super stress-free. The drive back home was equally uneventful, and at approximately midnight, Beans was placed into a temporary enclosure to decompress until morning.

The following day, Beans was eager to say hello to our Animal Care Staff, but her stress was evident, as she would present her side for pets through the fence, then stiffen and snarl at the new strangers. Thankfully, after a few extra hours of rest, the team that went to pick her up came down to the sanctuary to visit, and upon seeing some familiar faces, Beans practically jumped out of her shell and began loving up on each person that came to greet her! We learned right away that she loves giving kisses – even more so if she can “climb” onto our shoulders to give them!

While Beans is still fairly new, we have no doubt that this sweet and confident girl will settle in quickly and make fast friends with our team! We are super excited to see how she does meeting her prospective new companion and hope you’ll stay tuned for future updates! 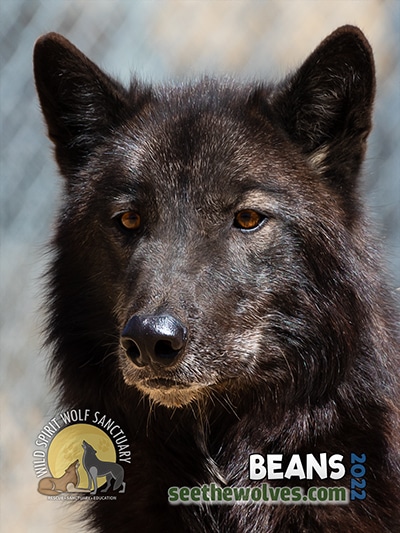 Beans has only 9 sponsors!