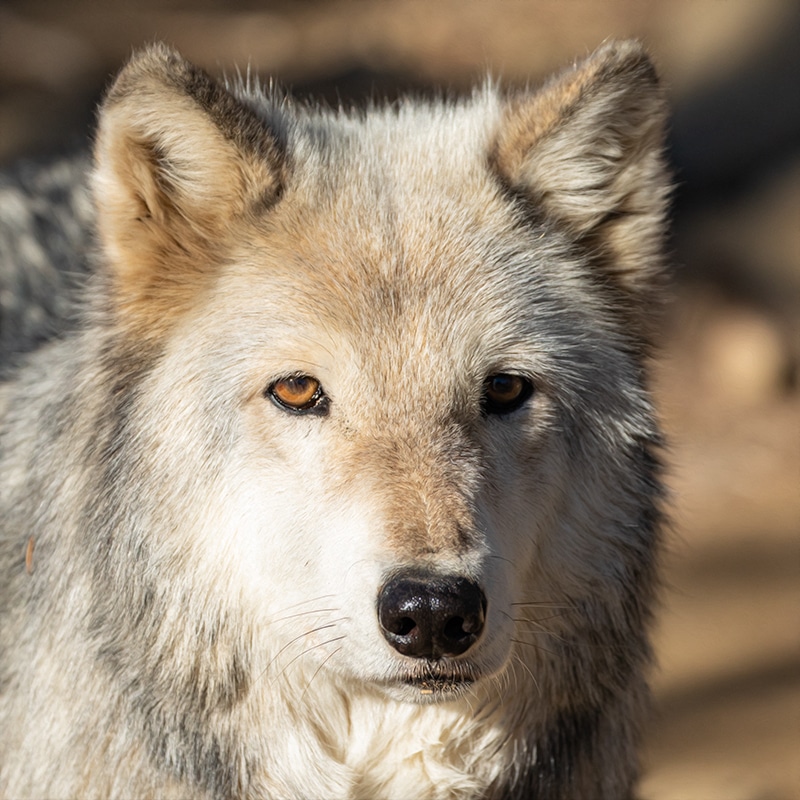 She is NOT on the Tour Path.
In January of 2021, Wild Spirit Wolf Sanctuary received an intake request for a family of wolfdogs that were living as privately owned pets in Ohio. Unlike many of the rescues at Wild Spirit, the Ohio Pack were well loved and cared for by their owners, who had actually rescued the animals themselves approximately 4 years prior. Unfortunately, after years of marriage the couple decided to separate, leaving the Pack in need of a new forever home.

After placement with a Colorado-based rescue fell through due to zoning issues, Wild Spirit was contacted for assistance. Thankfully one of our largest and most naturalistic enclosures had just been opened up, providing us with the perfect space for a family of three!

Since arriving at the sanctuary, Aleu and her mate, Denahi, have continued living together in their original enclosure while their daughter, Yue, was removed to be paired with a companion of her own. While Aleu is hands-off by choice, Denahi is incredibly social and is frequently taken for walks to go visit with Yue and her new companion, Kirito. All in all, the Ohio Pack is absolutely thriving! 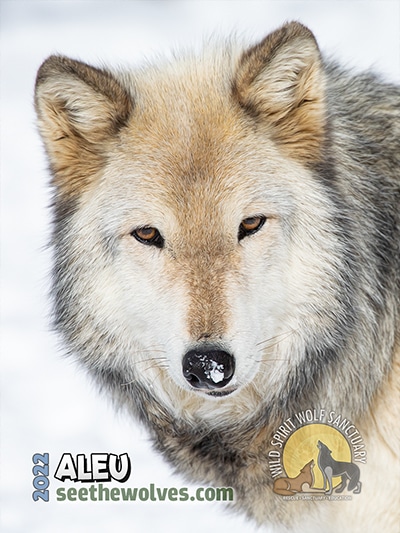 Aleu has only 6 sponsors!