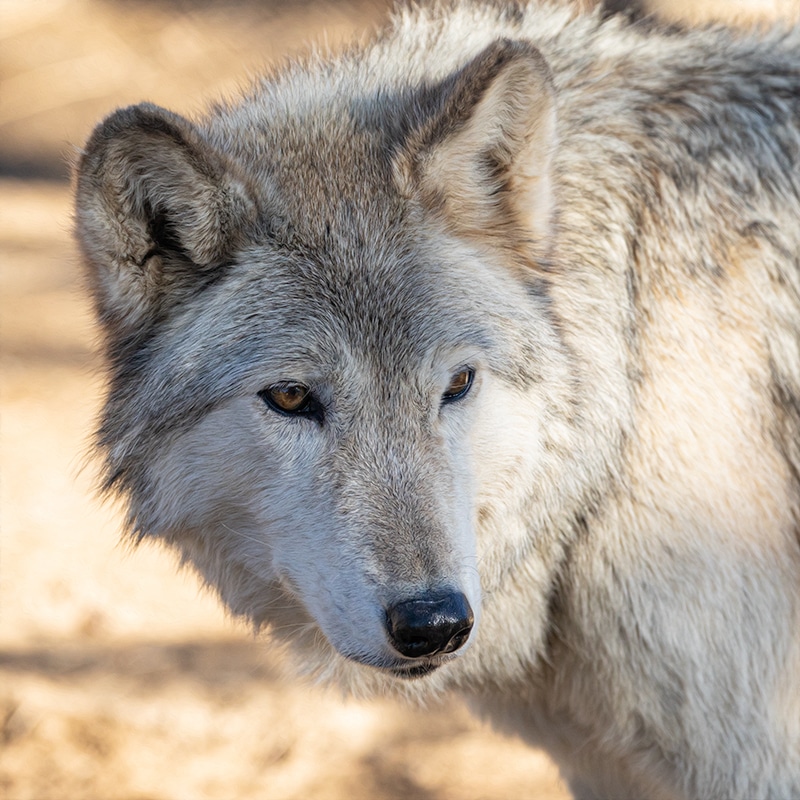 She is NOT on the Tour Path.
In December of 2014, Wild Spirit set out to rescue Agana and her sister Anole after learning that they had been abandoned by their owner 4 years prior. Another woman — the person who contacted us — had agreed to temporarily take care of Anole following her owner’s disappearance, but was shocked to discover that the owner had come and placed Agana in the pen with her, leaving the good Samaritan with two wolfdogs to care for. The woman lost contact with the girls’ former owner for over a year but did her best to care for the sisters. Unfortunately, during a horrible thunderstorm, Anole passed away and Agana was left alone. The woman continued to care for Agana but had little interaction with her. She found her to be “high-strung, unfriendly and not to be trusted.”

Fortunately, much has changed with Agana since arriving at the sanctuary, and the above description certainly doesn’t represent the beautiful girl we all know and love. While she is still quite shy and aloof with most of our team, she has developed some pretty incredible relationships with select people, and also with her various companions over the years! Today, she is a sweet and confident girl who rules over her “kingdom” with her companion, a high-content male wolfdog named Mowgli. We’re so grateful to know she is safe and sound in our care, and has found her forever home. 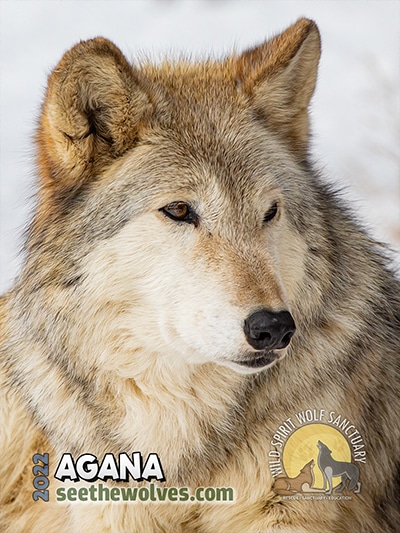 Agana has only 4 sponsors!