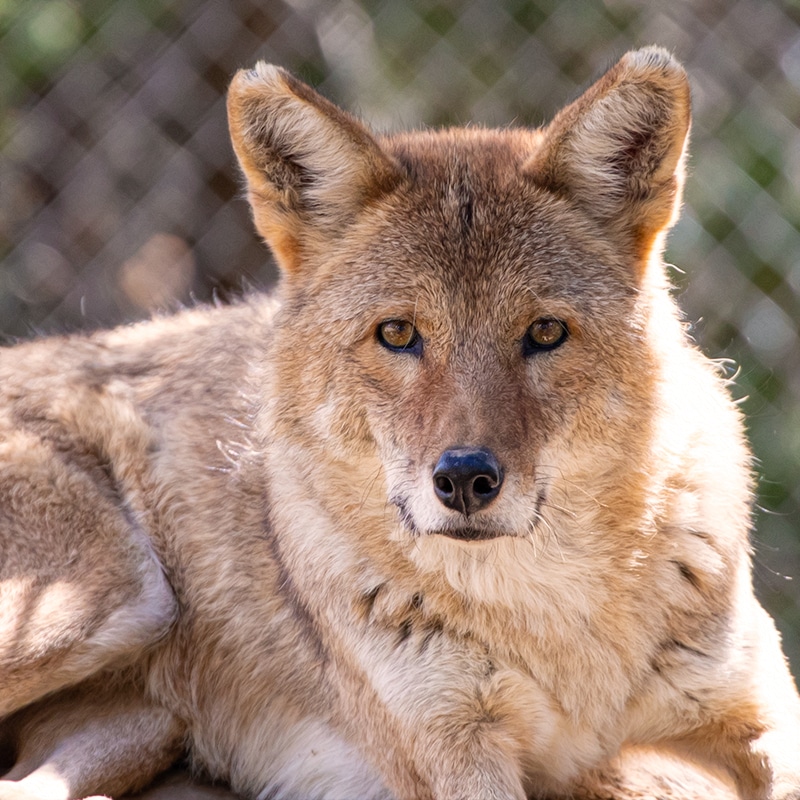 He is NOT on the Tour Path.
Our gorgeous boy first arrived at Indiana Coyote Rescue Center (ICRC) in the summer of 2009 when he was a teeny five-week-old pup, brought there by a Conservation Officer after some hunters found him alone in the wild and rescued him. The hunters had attempted to keep Jasa as a pet but quickly turned him over after realizing how difficult he was to care for.

The Conservation Officer guessed that the hunters might have taken Jasa from a den before he was even two weeks old. Whatever the real story, Jasa could not be released back into the wild because he was already too habituated to humans, according to Indiana State regulations. Luckily for Jasa, a female coyote named Lyla Rose was already at ICRC and the two rescues were allowed to grow up together, and to eventually come to us as a pair.

Since arriving at Wild Spirit, Jasa has elected to remain aloof when it comes to interacting with humans, though he can usually be persuaded to come close for treats (especially chicken drummies!). Despite being a senior rescue, Jasa is still in fantastic health, and can frequently be seen running laps around his enclosure or engaging in his all-time-favorite activity: peeing in his freshly cleaned water bucket! 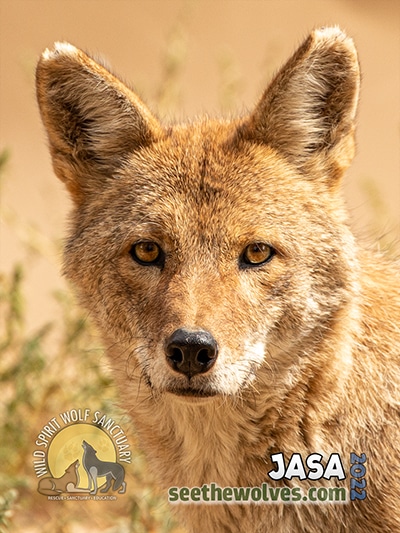 Jasa has only 6 sponsors!