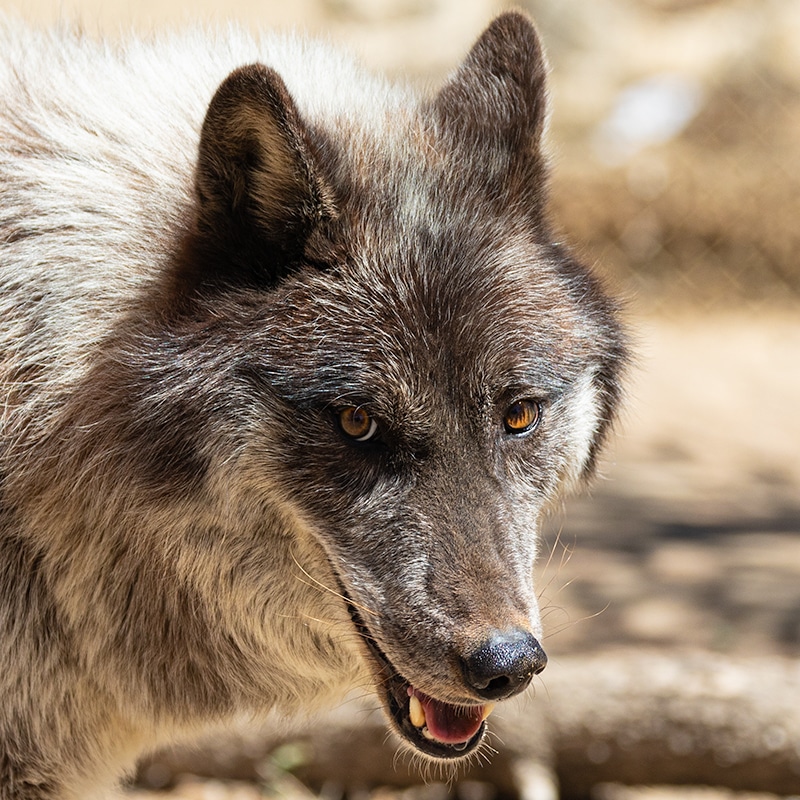 He is NOT on the Tour Path.

In January of 2022, Wild Spirit Wolf Sanctuary was contacted about Zeppelin, a 7-year-old high-content wolfdog that was living as a privately-owned pet in the state of Texas.

Since he was just a pup, Zeppelin was loved and well cared for by his owner, who shared each of her big life experiences with him including a move to a new home (with a bigger and better enclosure for Z), and the addition of a new “parent” when his owner got married. Initially, Zeppelin welcomed his new “mom” into his life with slobbery kisses and a wagging tail, but unfortunately, as time went on his behaviors toward his new owner began to shift in an unexpected and aggressive way.

Hoping he may be experiencing seasonal behavioral changes rather than a permanent shift in personality (as is common for high-content wolfdogs, specifically during the winter breeding season), Zeppelin’s owners waited several months to see if his reactions toward his new owner might return to normal. Sadly, they never did, so Wild Spirit was contacted for potential placement.

Fortunately, we had the space available to take Zeppelin in, and made the trip from New Mexico to Texas to retrieve him. Once there, we could clearly see how bonded he still was to his first owner, who was able to give him tons of pets and kisses before we loaded him into our rescue van for the long trip home.

Since his arrival at Wild Spirit, Zeppelin has presented a mostly calm, shy demeanor. He will approach us for treats and enrichment, but hasn’t shown much interest in allowing us to pet him as of yet. Thankfully, any aggressive displays he has shown us have been limited so far, and for the most part, it seems like he is just testing our boundaries (as wolfdogs often tend to do).

At the moment, Zeppelin is living the bachelor life, though we do have a single female wolfdog we are hoping to pair him with in the near future! 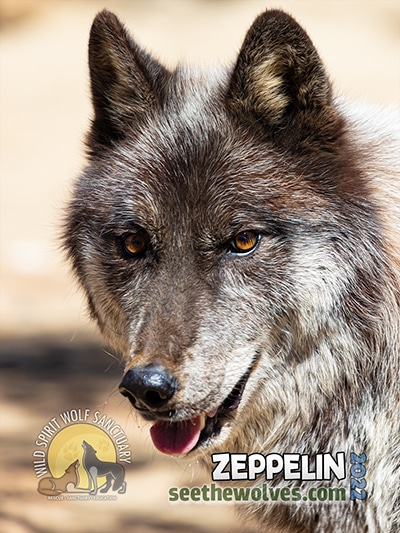 Zeppelin has no sponsors!