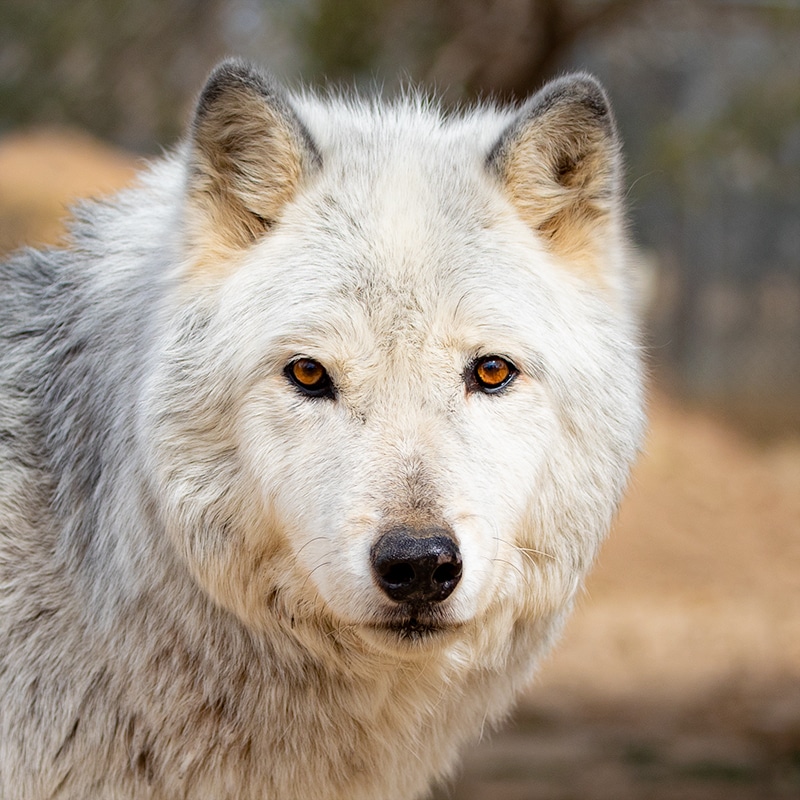 You can see him on the Tour Path!

Prior to life at Wild Spirit Wolf Sanctuary, Zeebie and his companion, Kiska, were owned by a wildlife refuge and rehabilitation facility located in upstate New York. Unfortunately, in 2021, the Department of Environmental Conservation made the decision to revoke the facility’s licensure, allowing them a few short months to find homes for all of their Ambassador Animals, including Zeebie and Kiska.

On October 20, 2021, the Wild Spirit team made the trip from New Mexico to New York to retrieve both animals, who officially arrived at the sanctuary nearly a week later, on October 26th.

On September 1, 2021, Wild Spirit’s Executive Director came across an online post stating that a facility in upstate New York was looking for assistance in placing their entire collection of Ambassador Animals (including wolfdogs, bears, foxes, coyotes, and more), all before the 25th of October.

Knowing that we could potentially assist with not only the wolfdogs, but also the foxes or coyotes, Wild Spirit reached out immediately to offer placement at our sanctuary. Weeks went by, however, and we never heard back from the facility, and assumed that all of their animals must have found new homes. Unfortunately, toward the end of October – with less than a week left before the animals would be euthanized – we saw yet another online post asking for placement for the wolfdogs, and our Executive Director once again reached out to offer our aid. Thankfully, this time the facility agreed to let us place the wolfdogs, and our team prepared for the cross-country trip to New York to get them!

Along the way, the team was met with a number of obstacles, including a complete break down of our rescue van due to pack rats, and an injury to Kiska the day of our arrival, which required full sedation and stitching! Despite all of the challenges, however, the team was able to get both Zeebie and Kiska loaded into the rescue van following their on-site vetting, and they made the long trip back home.

Since arriving, Zeebie and Kiska have been placed on our tour path, so they can continue to act as educational ambassadors for their species. They are both settling in nicely so far, and we are so grateful that we were able to save them both before time ran out! 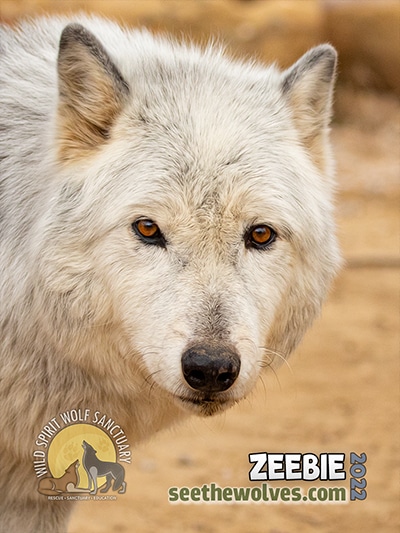 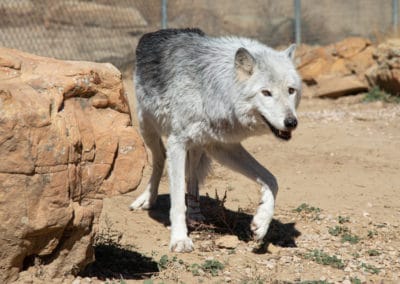 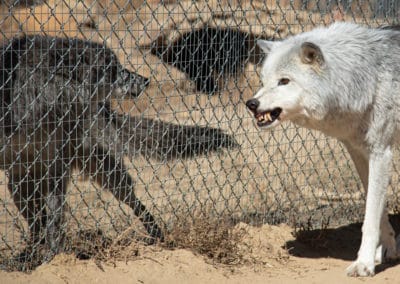 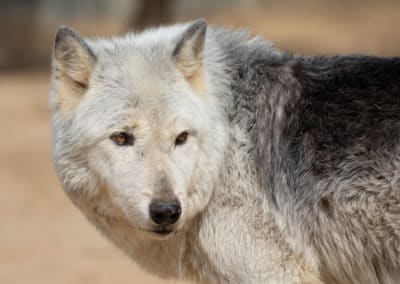 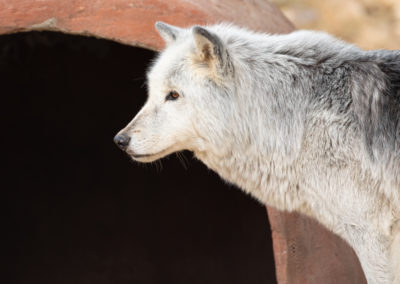 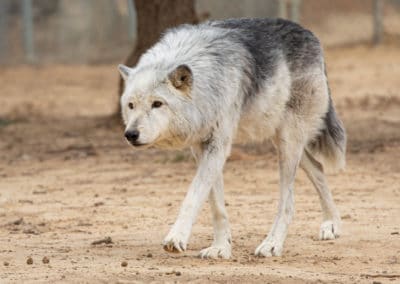 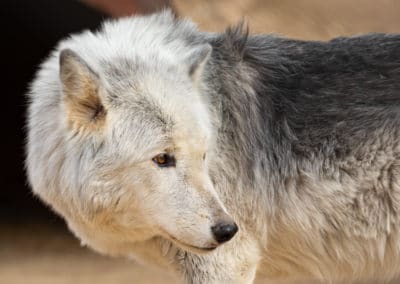