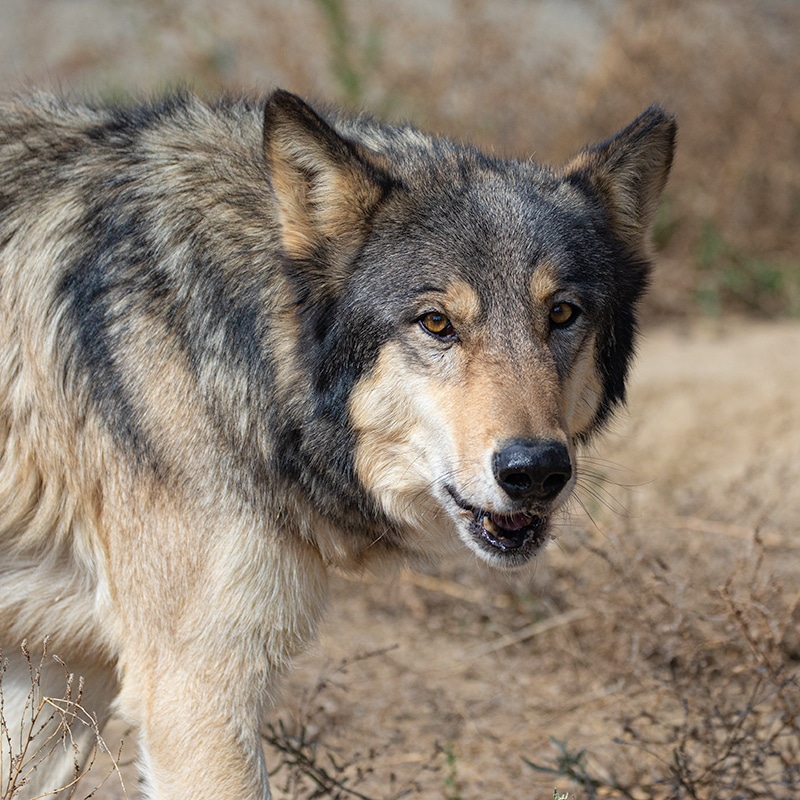 He is roughly 3 years old and his birthday is around July, 2019.

You can see him on the Tour Path!
Balto is a stunning mid-content wolfdog that spent his first year of life as a privately owned pet in California. Unfortunately, after biting one of his family members, he was taken to a shelter to be euthanized. Thankfully, the shelter staff chose a different path and instead, reached out to a sanctuary in California who agreed to place him.

Like many wolfdogs, Balto has an aversion to men (with a couple of exceptions) that often leads to displays of aggression. These behaviors made it difficult for the staff at the sanctuary—nearly all of which were men—to work with him safely, even after more than a year of trust-building.

Hoping to find a sanctuary in which Balto might feel more comfortable, Wild Spirit was contacted and asked if we could take him in. We agreed and have been beyond impressed with how well he has already started to settle in with us! Today, he is sharing his home with 6-month-old high-content wolfdog Artemis. She, more than any human ever could, has brought him out of his shell and helped him gain the confidence he needed to begin approaching us for love! We are so excited to see how he grows with her, and with us. 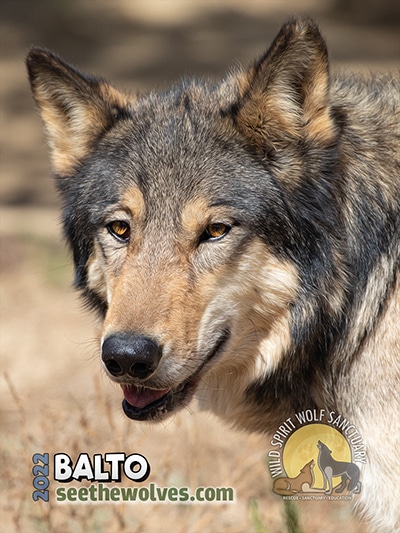 Balto has only 4 sponsors!