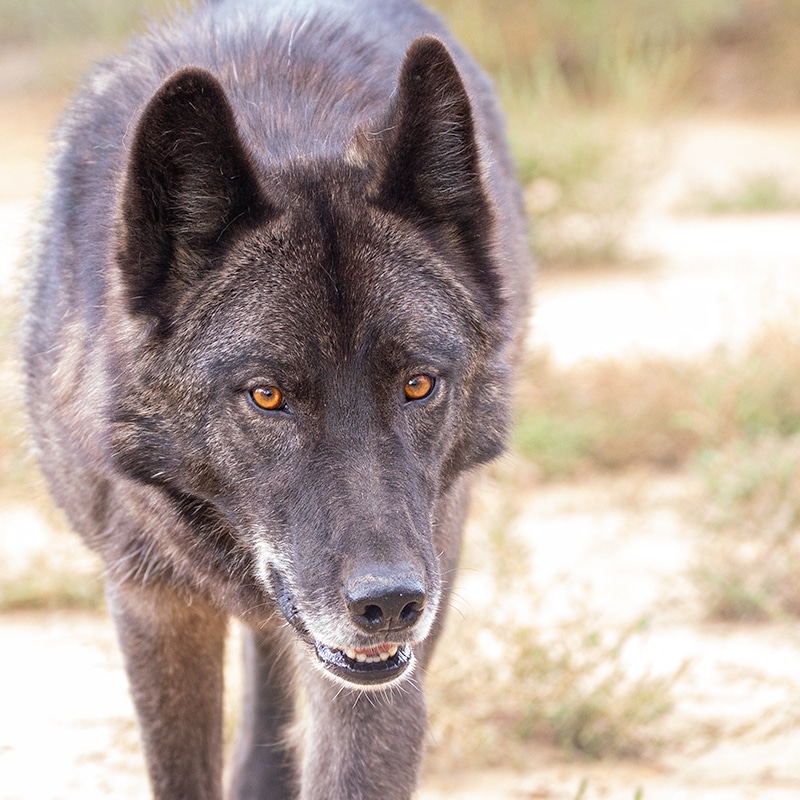 He is roughly 3 years old and his birthday is around August, 2019.

You can see him on the Tour Path!
Antoine is a 3-year-old mid-content wolfdog with a rocky past. He was originally sold to a private owner whose life got turned upside down, resulting in Antoine and his former companion being placed in a “boarding facility” for an entire year before they were finally re-homed to a woman in California.
Unfortunately, after around 2-3 months of caring for Antoine and his companion, the new owner began experiencing issues with Antoine’s unpredictability, especially while out for walks on a leash. She reported that sometimes he was great with no issues, and other times he would lash out without warning and attempt to bite her. With not only her own safety to worry about, but that of her family members, she contacted Wild Spirit to see if we had a place for him.

Since arriving at the sanctuary, we’re pleased to say that Antoine has been a sweet and social boy, and we have yet to see any signs of aggression toward humans, though his past behaviors are certainly something we’ll continue to watch out for. Today, Antoine is living with low-content wolfdog, Thistle. 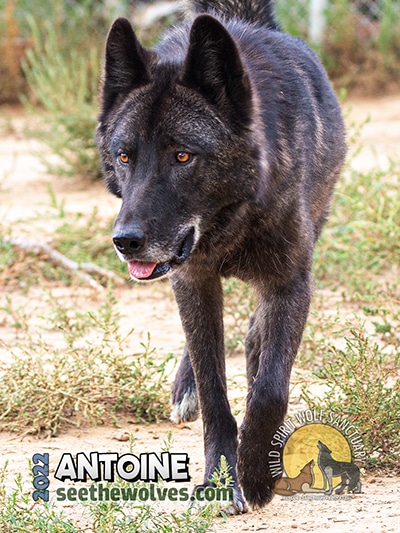 Antoine has only 1 sponsor!