Wild Spirit Wolf Sanctuary operates with an “Animals Come First” attitude. As an organization that predominately rescues captive-bred, wild canids as a direct result of the exotic pet trade, this is vital. Not only does Wild Spirit Wolf Sanctuary focus its educational efforts on informing the public about the different species, but also on the cruel realities of the exotic pet trade and what happens to wild animals when they are forced into captivity.

“Wild Animals Are Not Pets” is the motto at Wild Spirit Wolf Sanctuary, and that message is relayed loud and clear throughout all of the programs offered. Furthermore, Wild Spirit Wolf Sanctuary teaches the public about the humane treatment of wild animals, about the relationships between people and other life through respectful, compassionate co-existence, and about humanity’s important role as having the choice to be a part of the change needed to see ecosystems heal and thrive.

Wolves, wolf-dogs, and other wild canids are not like domestic dogs in behavior, mentality, or even how they communicate. Furthermore, the way they think, behave, and operate is innately wild and does not align with human desires or expectations.

People often expect wolves and, more so, wolf-dogs to act and think like a dog because most domestic dog breeds descend from a now extinct species of wolf. However, this is not the case. Inevitably, all wild animals will indeed act like wild animals, and the owner of a wolf or wolf-dog will be left with a very different animal than the one they were hoping for when searching for an exotic pet.

Because wolves, wolf-dogs, and other wild canids are unable to live in a domestic home—prone to escape, skittish and aloof in personality, wishing for little-to-no interaction with humans—people who purchase or breed these animals often find themselves needing to rehome them. Unfortunately, for some, life turns into a locked cage or limited existence on a chain outside; they are often isolated, abused, or neglected. Furthermore, for the wolves and wolf-dogs who are unable to find sanctuary, death by euthanasia or shooting is common. In fact, wolf-dogs are sentenced to death when discovered as pets in states where it is illegal to own one.

Our rescues are not adoptable, as they are not companion animals. They do not legally qualify for rehabilitation either, as they are too acclimated to people, reliant for resources such as food. Care is customized to each animal’s needs, desires, personality, and health. We understand that some animals will never want human attention, and we respect that wish, as such socialization is NEVER forced.

Finally, Wild Spirit Wolf Sanctuary does not breed, sell, or exploit our rescues in any way, which is why all educational programs are now strictly only offered on-site. 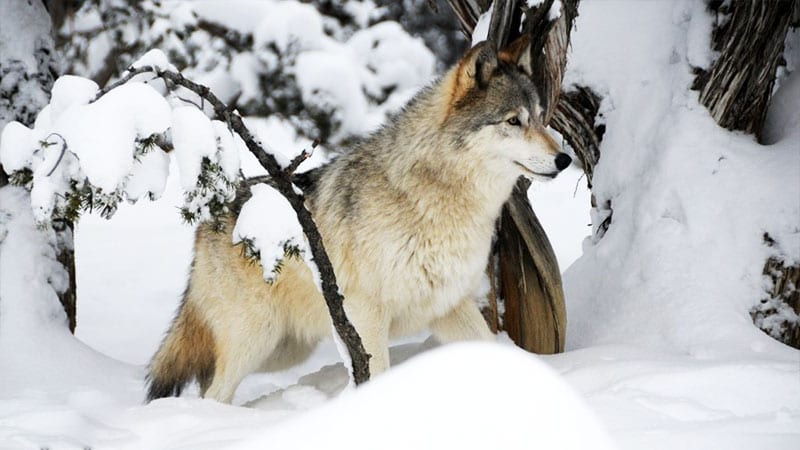 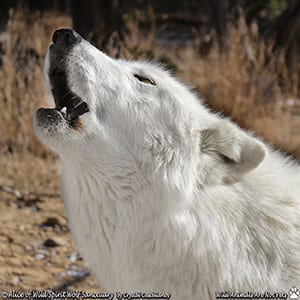 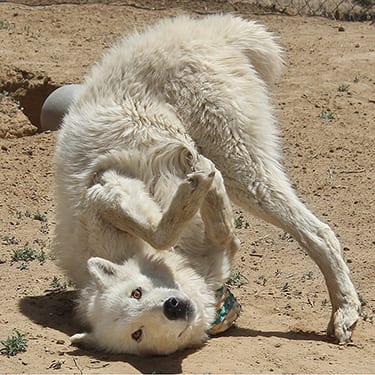 Wild Spirit Wolf Sanctuary was founded in 1991, originally as The Candy Kitchen Wolf and Wolf-Dog Rescue Ranch, by the late Jacque Evans, a local artist who used the profits from the sales of her paintings to support the rescued wolves and wolf-dogs. News of Jacque’s compassionate devotion to the rescues spread, leading the ranch to expand and to the partnership with Barbara Berge, credited as the co-founder, in 1993.

Barbara Berge was rescuing wolf-dogs in Albuquerque, NM when Jacque met her in June of 1992. Over the course of 10 years, Jacque and Barbara collaborated to transform the young rescue into a fully operational non-profit organization.

In October of 2003, Leyton Cougar, Education Director, was promoted to the position of Executive Director, and thus the transformation of the ranch into Wild Spirit Wolf Sanctuary began. With Leyton’s vision, charisma, and dedication, Wild Spirit has evolved into an internationally renowned sanctuary, which currently cares for coyotes, New Guinea singing dogs, red foxes, and Australian dingoes in addition to the wolves and wolf-dogs.

Leyton frequently traveled throughout the United States with Raven, an educational ambassador wolf, who helped Leyton teach the public about wolves, the cruelties of the exotic pet trade, and the importance of letting wild animals remain wild.

In November of 2018, Leyton adopted the new title of Director of Development while Crystal Castellanos, Assistant Director, was voted in to be the Director of Operations, and both work diligently as leaders of the Sanctuary.

Along with the Board of Directors and the Wild Spirit Team, Crystal has worked sedulously to transition Wild Spirit Wolf Sanctuary’s focus more pointedly to self-sustainment, animal enrichment and wellness, and to the mission of education.